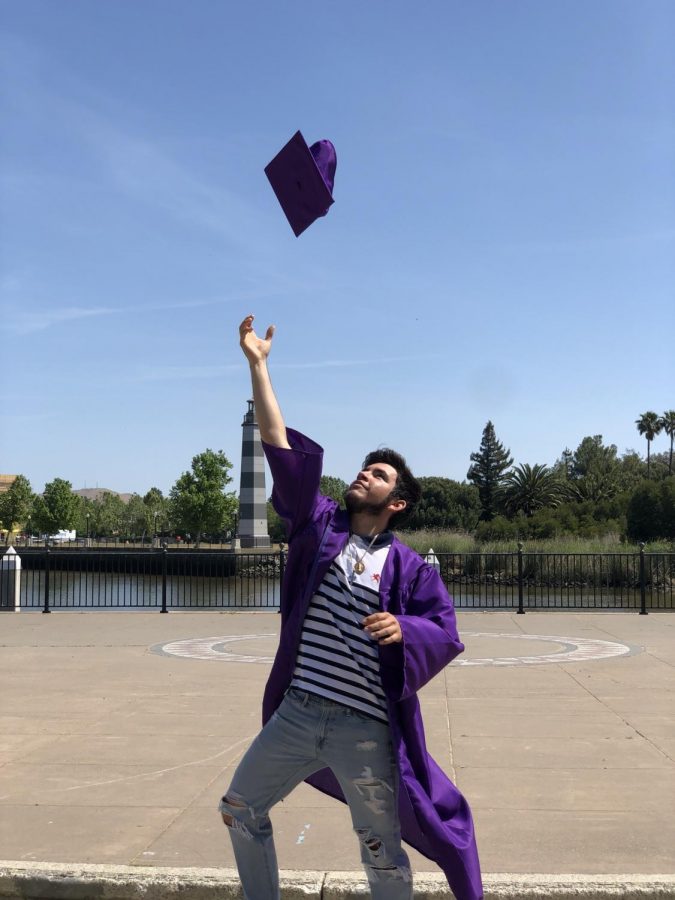 Dedication has paid off for Alejandro and he has earned this coveted title.

The AHS Student of the Year: Alejandro Barajas Chavez

Alejandro Barajas Chavez said that he is a proud “100% Mexican student from Jalisco” who transferred to Armijo High School February 21, 2019. Even though he has only been part of the Armijo High School family, he has earned the title of Student of the Year.

Barajas came into a new country and was determined to work hard and become a success, making his parents proud. “I have been in Armijo a little over a year now and I have created great relationships with every single one of my teachers and friends,” he said. “I participated in the College & Career Club during the last semester of my junior year and was as involved in the reading activities in the library…The Educational Talent Search (ETS) program, sponsored by the University of California Davis, is another great program I am involved in!”

Being chosen as Student of the Year isn’t the first honor he’s received at Armijo. He was also named Reader of the Month for May 2019.

Barajas loves to collaborate and interact with new people. He said, “I am a very social person. I like to get to know new people and make new friendships.”

When he graduates, he plans to go to Napa Valley College, entering the nursing program and pursuing a career in the medical field.

While things were challenging for him, he persevered and knows that others can do the same. Barajas said that the words of Senora Sara Johnson, Spanish teacher and English Language Development (ELD) Coordinator shared with him on my first day at Armijo helped motivate him. “She told me to not give up and to try my best,” he said. “That is a piece of advice I live by. I hope it helps fellow students as well.”

If you want a picture to show with your comment, go get a gravatar.