Siblings that get along great! 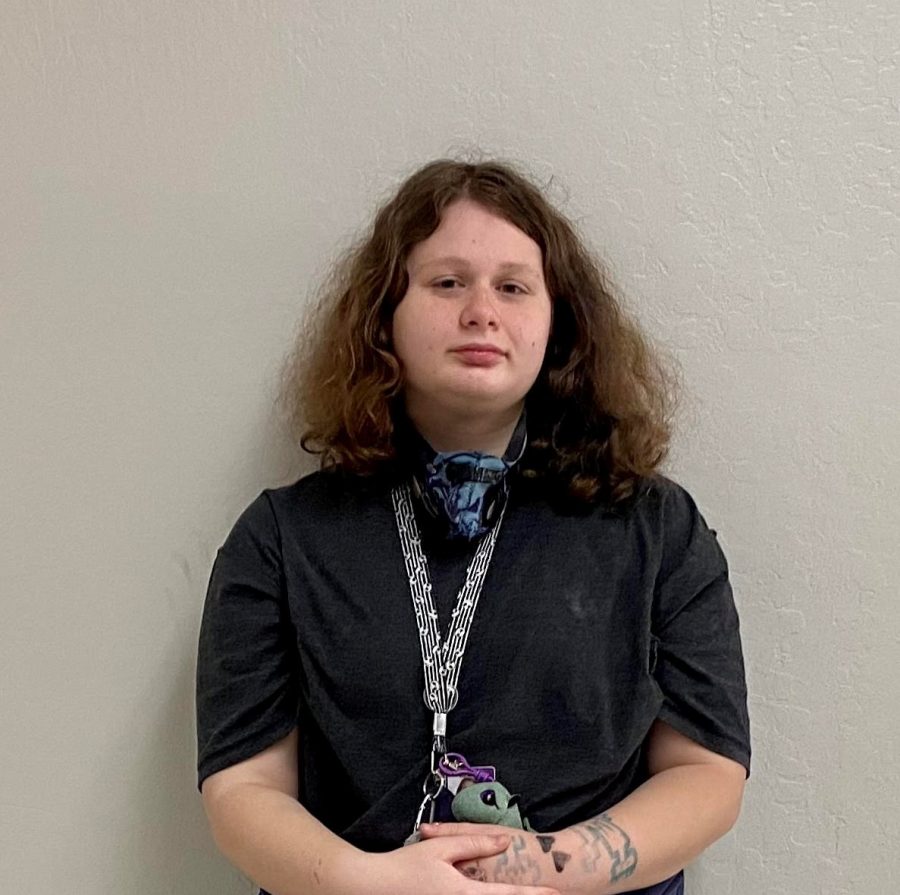 Senior Ella Maynes appreciates having her brother on campus

“I’ve been on campus with my younger brother for one year because of COVID, and it’s been great because we’re really close,” said senior Ella Maynes. The only times it is not great? “When I have to wait for an answer on whether he’s coming home with me or not, and waiting for his friends after school during hot days,” she said.

“I think that it’s awesome to have my sister Ella on campus with me because me and my sister are best friends,” said sophomore Lucas Maynes. “I like having her around whenever my school friends aren’t there.”

The siblings have been at Fairview Elementary and Crystal Middle School at the same time, so sharing the campus is not unusual. “At our previous schools, people knew we were related, mainly because they knew him,” she said. This year, however, might be the last year they share a campus, as they have very different career interests.

When she graduates, Ella wants to “focus toward my interests in the environment and wildlife,” she said. She wants to major in zoology in college. “The specifics are being looked into off and on at the moment, but I’ll have them by the time I’m ready.”

While his sister is interested in natural design, Lucas is interested in graphic design. “I’d like to do graphic design, and I also think about being a therapist,” he said. Other things that interest him, and occupy some of his free time, are “archery, ice skating, swimming, video games, reading books and web comics, watching movies and TV, the genres and
themes I enjoy are: fantasy, horror, action. Sometimes, though, I enjoy relaxing games and TV.”

Ella’s interest in nature spills over into her hobbies. “For fun, I mess around with my art stuff, mainly making nature scenes or something, play video games with my friends, and I also like to explore the outdoors, although most the time that just means going to the backyard or looking out my window,” she said. “We don’t go to a lot of places.”

Like his sister, Lucas considers himself an introvert, but he has signed up for several clubs on campus: Gay-Student Alliance (GSA), College and Career, and Stitchers’ Club. “I don’t go to any of them because I sort of lost interest in going to them,” he said. He also spent some time in the Video Game Club, but stopped attending their gatherings, too.

While these two are sharing the campus this year, there’s one more Maynes sibling that should be coming onto the Armijo campus in a few years. Younger sister Elizabeth is 10 “with a lot of personality,” said Ella. By the time she gets to Armijo, however, both Ella and Lucas will be long gone and she’ll get to brave the campus on her own.