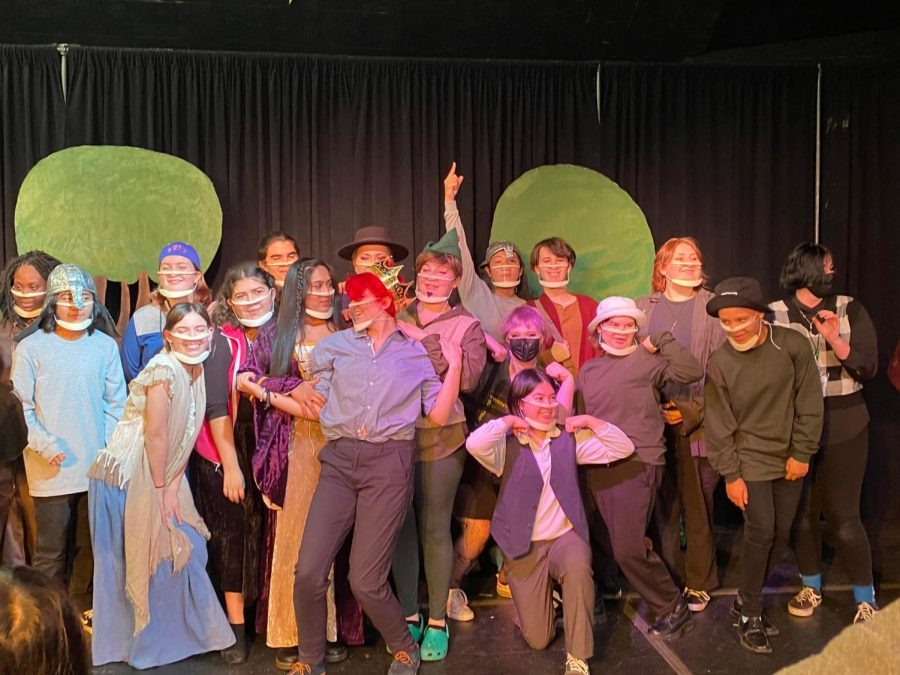 Drama students and Theatre Club members were Merry Men and more in December.

“First of all,thank you again to all the staff members who supported the show in whatever ways you could. Whether that was attending and paying for a ticket, helping run our tickets and concession tables, providing props, or even just sharing a knowing smile and nod for the stressed out director as she walked past you in the hall….Thanks,” said Ms. Sheena Beeson, Theatre Club adviser.

Theatre hosted six performances of Robin Hood and His Merry Men over the first two weekends in December, with a total of  19 cast members and 10 crew members, the majority of whom were experiencing their first theatre production! In early October they auditioned or signed up for tech. Then the crew spent time practicing and building the show. Two months later they are basking in the glow of a wonderful run.

Audiences were very pleased with theactors’ comedic timing and ridiculous character choices.  Every actor did his or her part to make the show a truly engaging and fun experience for the audience and the crew made sure everything ran smoothly and that the set pieces and scene title signs were painted beautifully.

Over16 staff members attended the shows and so many friends and family joined as well that four of the six nights were performed to a sold out theater. “I got emotional each night thinking about how great it felt to be doing what we all loved, and to be doing it together,” said Ms. Beeson.

The show’s run culminated in flowers and cards gifted around to each other and a cast party at Nations where the cast and crew essentially owned the restaurant for the two hours they were there.  Ms. Beeson said, “It felt like Cheers. I walked in to a choral call of, ‘Hi Ms. B!’ and then a round of applause. Never have I felt so welcomed at Nations.”

The next performance planned for Theatre Club is Friday, January 28, the first Improv Show of 2022.