Baryshnikov stays on his toes 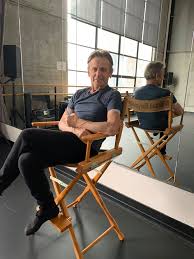 Years of ballet, acting and serving as a choreographer made Baryshnikov a true professional.

One of the most famous ballet dancers in modern times is Mikhail Baryshnikov. He was born January 27,1948, in Riga ,Latvia.

His childhood years were difficult for him because he and his father didn’t get along. He would say “My father was not a very pleasant man” (Biography.com). Later, however, he drew inspiration from him and put that into his interpretation on the state.

Another reason why Baryshnikov’s childhood was difficult was because, when he was 16 years old, he lost his mother to suicide. That is also when he started to study ballet.

Baryshnikov began training with  Alexander Pushkin at Vaganova Choreographic Institute, making his stage debut in 1967 in the Kirov Ballet in Giselle. His work is now considered to be the dancer’s signature pieces.

According to Biography.com, Baryshnikov landed his major honor in 1966 when he won a gold medal at the Varna, Bulgaria dance competition. He then won another gold medal at the first international ballet competition in Moscow in 1969.  Later on in the United States Baryshnikov joined the American Ballet Theatre (ABT) when he appeared in many of the productions.

In 1978, Baryshnikov became the artistic director of the ABT, and then he left for the New York City Ballet in 1986. Later in the 1990s he went on to create an avant-garde White Oak Dance Project with Mark Morris.

In addition to serving as a dancer and choreographer, Baryshnikov also showed talent in acting. He was in over a dozen films, often as a dancer, including The Turning Point (1977), White Knights (1985), Company Business (1991) and Jack Ryan: Shadow Recruit (2014). He also was featured in several episodes of Sex and the City (2004).

He is married to a former ABT ballerina Lisa Rinehart. They have three kids: Anna, Peter and Sofia-Luisa. Even in his 70s, Baryshnikov is considered one of the best dancers of all time.