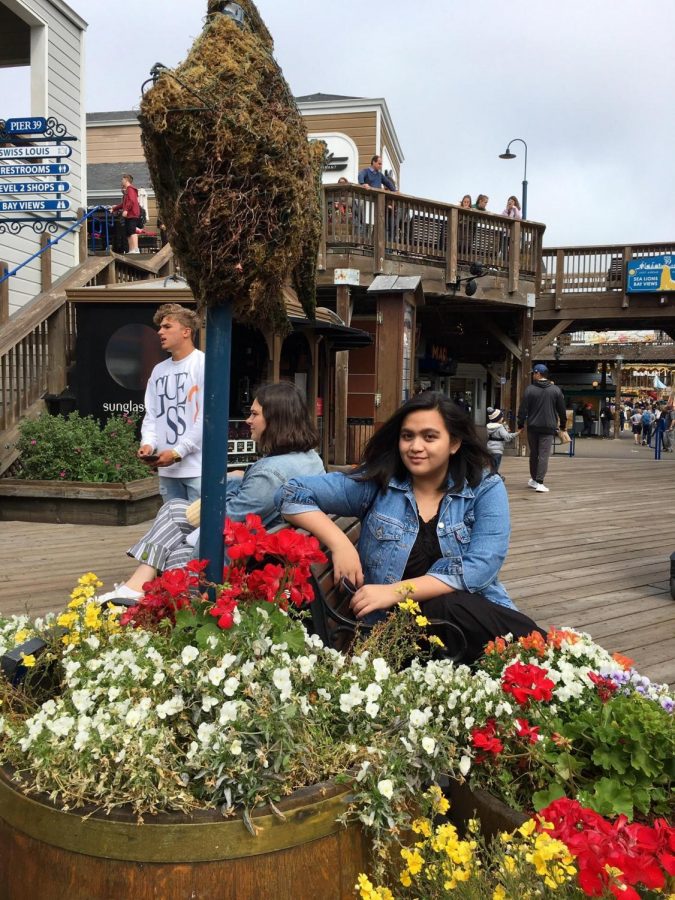 When Emerald Ochoa was born in May 2001, her mother didn’t spend too much time debating about a name for her daughter. “My mom couldn’t think of any other name so she decided, why not use the birthstone of May?” Ochoa said. “I’m the only person in our family who has a gemstone name. In short, I’m the unique one… If I could create my own name, it definitely will be Evangeline. It means “Messenger of Good News.”

Emerald is an unusual name and she has not met anyone else who has it. When people first hear it, they often shower her with compliments and question its origin.

While Ochoa is spending some time in the Philippines where her two siblings live, she does plan to go to Solano Community College in the fall, eventually moving on to UC Davis or Berkeley where she can focus on learning about doing voice overs or graphic design, two of her interests.

As a student at Armijo, she was part of the Virtual Enterprise program and she and her team made a name for themselves at the last event. “We actually won First Place last January 17, in Branding, out of all California,” she said. “I am proud that I made the original logo, company name and the catalog. SAGOod!”

When she is not focusing on her future, Ochoa likes to sing and dance. She also enjoys playing guitar and piano and listening to music.

Her faith is also important to her. “I would also like to share my favorite Bible verse which is Romans 8:18,” she said. “It says, “I consider that our present sufferings are not worth comparing with the glory that will be revealed in us.” We got this!